Deprecated: Methods with the same name as their class will not be constructors in a future version of PHP; shaHelper has a deprecated constructor in /home/topmarks/public_html/paranoidworkingparent.co.uk/wp-content/plugins/amazon-product-in-a-post-plugin/inc/amazon-product-in-a-post-sha256.inc.php on line 39
 The emotional attachment to clothes (theirs) | The Paranoid Working Parent
Skip to content 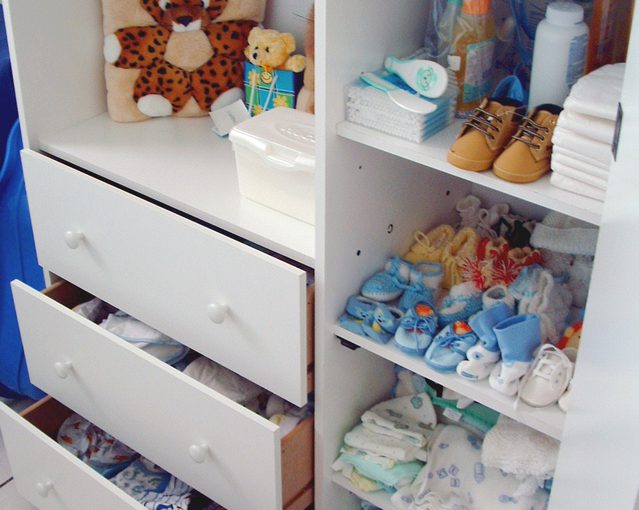 After a busy weekend, today I felt inspired to start going through my daughter’s clothes. This exercise happens every 6-12 months when I’m beginning to get fed up of rummaging past old outgrown pairs of knickers and odd socks for the new pack of vests I bought the other week.

The only difference today was that I was also going through another secret stash in a old wardrobe, one that I hadn’t dare open for quite some time. It was whilst pulling out unused packs of nappies, nappy sacks and the baby bjorn that I suddenly felt a little sad.

Not because of these items but because there, nestled away on a wardrobe shelf was my daughter’s pink snowsuit.

I loved that snowsuit.

We have pictures of her at 5 months lying in snow with a smile on her face, snuggly and warm with a fake-fur-lined hood and no hands and feet visible. She looked like Maggie from The Simpsons.

I don’t just love that snowsuit, I miss it.

I put it to one side, for some reason unable to throw it into the charity bag along with the umpteen baby gros, sleepsuits, a slightly stained cardigan and several pairs of pyjamas that had managed to escape the cull the last time round.

It is items such as these that make you remember the really joyous times with a newborn. It isn’t that you have no photos of your beloved in these outfits, you have plenty on your phone, laptop, potentially a photobook, or framed and sitting pride of place on your parent’s mantelpiece – but holding the item is different.

You realise that you’re unlikely to ever use it again. It came from a different stage of both our lives and that stage has been and gone.

At the same time as I was going through the clothes, my daughter actually decided to try and put on one of the sleepsuits. It was funny to watch a four year old wrestle with the legs of a 9-12 month item of clothing and she gave up after a few minutes with two legs pulled up around her knees.  I had to let her try.

It snapped me out of my memories but I still couldn’t let go of a few more items that included a little dress that she wore to a first birthday party and a swimming costume bought by her late great-grandmother. These items are essentially useless to me and to my daughter. They can’t be worn or used and they are taking up precious space in our house, but emotionally I’m still attached.

So for now I’ll find another place for them.  They will be forgotten again until the next time I decide to declutter and I wonder what their destiny will be then.

Do you have any specific items of clothing from your children that you can’t part with?  Let me know.

A thirty-something working Mum of one who devotes her spare time to helping other paranoid, worrying, stressed parents who are trying to juggle careers and parenthood. View all posts by Amelia Salisbury

6 thoughts on “The emotional attachment to clothes (theirs)”